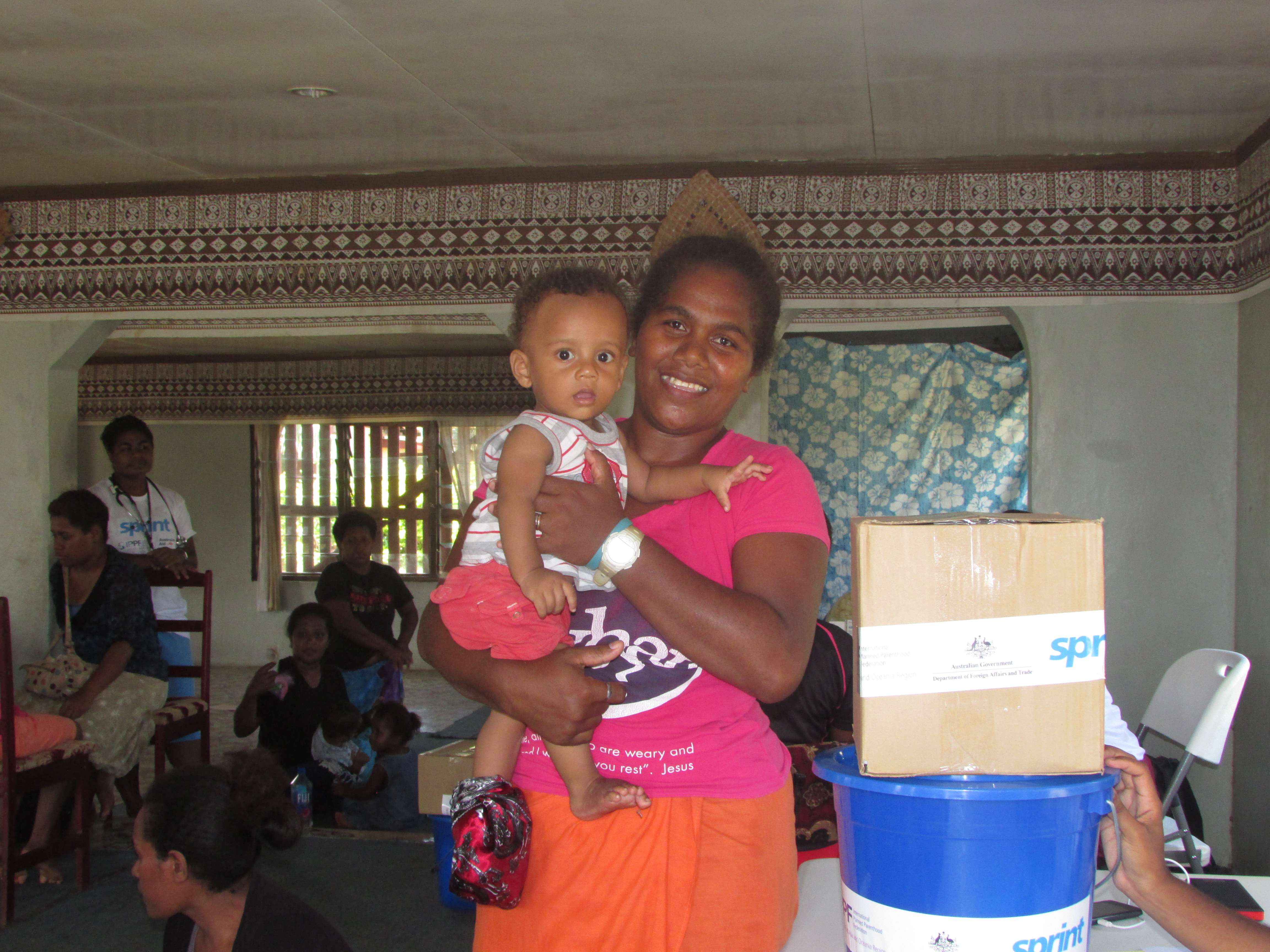 IPPF implemented the Minimum Initial Service Package for Sexual and Reproductive Health in the wake of Cyclone Winston in Fiji. IPPF ESEAOR planned for the Fiji response and was able to deploy surge c...

IPPF implemented the Minimum Initial Service Package for Sexual and Reproductive Health in the wake of Cyclone Winston in Fiji. IPPF ESEAOR planned for the Fiji response and was able to deploy surge capacity on the first week. Within the first 20 days, six medical missions were already completed. What follows is the story of one of the women who received care in one of these missions:

Savaira Buka who is a mother of six was one of the lucky survivors of the tragic Cyclone Winston. The 36-year-old mother originally from Nailaga, Western Fiji, who is married into the village, painfully gathers the memory of the night the storm claimed parts of their home.

Savaira and her family moved back to her family home in Nailaga village two years ago to look after her mother who had lost one side of her leg to Diabetes. Cyclone Winston’s strong winds ravaged through her village taking with it walls and roofs of the homes in Nailaga, including Savaira’s. The home that she had once shared with her four other siblings and their families was now in ruins as with most of their belongings.

Savaira heard about the IPPF-ESEAOR SPRINT medical mission from the village headman accepted the service provided by the IPPF team with open arms. Since the storm had struck their village "the IPPF reproductive health medical mission team was the first to ever visit our village and it stood out from the rest as it specifically targeted women of reproductive age and pregnant and lactating women," she shared.

For Savaira, the health information sessions stood out as it boosted her confidence about sharing family planning issues with the reproductive health medical mission team from IPPF-ESEAOR SPRINT. After the health information session, she decided to access injectable contraceptives. After consultation with the medical doctor present in the mission, she was provided with the service. Savaira was not able to contain her smile as she continually thanked the team for the medical visit which was brought to them by the IPPF-ESEAOR SPRINT.

Within a month of the cyclone’s landfall, IPPF ESEAOR Sub Regional Office in the Pacific and the Reproductive and Family Health Association of Fiji, through the Australian Aid-funded SPRINT Initiative was able to complete 37 (the plan was for 30) reproductive health medical missions. A total of 868 clients were served, 122 of which are pregnant and 272 are lactating. All 868 beneficiaries received information on family planning, danger signs of pregnancy, HIV/STI prevention, and sexual and gender-based violence during health information sessions that lasted between 20-30 minutes. Condoms and oral and injectable contraceptive were provided to 556 clients.